It's A Call Girl Takeover... 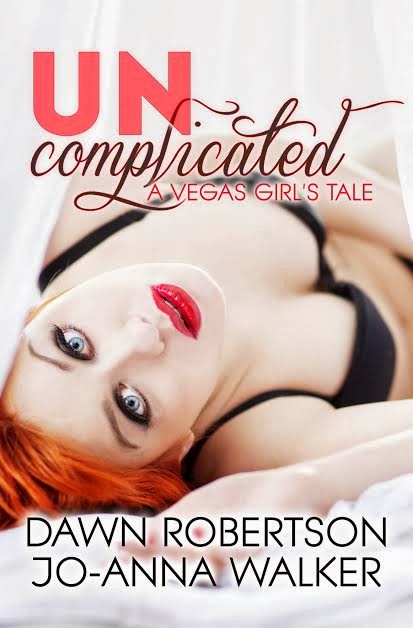 556 Book Chicks get complicated in Vegas...
This was book was funnnnnnyyyyyy and sexxxxxxxyyyyyy and just plain old good! It's about damn time we get our female lead that ROCKS! Jennifer Sunshine ROCKS! You will absolutely LOVE her...

Jennifer Sunshine is a high paid Vegas Call Girl, who plays by her own rules. Everything in her life is just the way she wants it - uncomplicated - until she meets Mathis. The Vegas businessman that strides into her life and rocks her world.

Jennifer is at the opening of Mathis' new nightclub in Vegas, when he spots her and immediately wants her beneath him. And Mathis holds no restraints in making sure Jennifer becomes his. And he refuses to let Jennifer run from him no matter how hard she tries. 'I shouldn't drink around this man, it clearly has already proved to be extremely dangerous. Next thing I know I would wake up with a flock of kids or something. It was just how this man rolled.'

One of my favorite moments...was when Jennifer went to confront one of her ex-clients that was causing her and Mathis problems. Oh did I forget to mention that Mathis did not know Jenny was a call girl. Bayybbbeeee you will have to read that for yourself. Sorry but this takes me back to one of my other favorite parts...when Mathis took Jenny to a business dinner and in walks Jude and Lily, and she had just recently slept with both of them. LOL! Anyway Jude was secretly in love with Jenny and that was why he had been a repeat client, which brings us back to her confronting him. She went into his place and stood her ground like the boss she was. She had pictures and info on him that sent him wagging his tail between his legs. And all I could think was this Jenny Sunshine is a damn BOSS! "But, Jude...I won't come again. This is over. If you make good on any of the promises you made to Mathis, I will release these pictures. This file will go to every last business associate of yours, and your fathers. Don't mistake my pity for weakness, Jude. I give one chance. That is all." Two snaps and a twist - Jenny don't play that!

The funniest parts of the book...always involved the shit that came out of their mouth or the things they were thinking. The things they said to each other or to other people was absolutely hilarious. Like when Jenny had to keep her friend's baby and she was trying to figure out what to do with the baby...she thought...'Hooker and dildos? I am a fucking pro! Babies and bouncers? Not so much.' I was SCREAMING Laughing! And when Mathis was thinking about Jenny being pregnant, 'If I had it my way, I would fuck a child into her every year, for the rest of our lives but, I didn't think she would go for that.' I am telling you this book will have you rolling over in laughter!

OMG and the SEXXXXX scenes were HOTTTT...I am not even gone give you a taste of what Mathis has to offer. But I will tell you to read the book - you will be sweating from how Mathis and Jenny were putting it down. 'He was unsuspecting. He was blissful. Completely lost in the pleasure of my mouth on his dick seconds earlier. And I jumped to action. Grabbing both his wrists, I worked quickly to handcuff them to the headboard. It wasn't until I had one fully secured that he realized what I was doing. By then I had the second wrist in my grip and my cunt snuggly against his face. His complaints are muffled as I ride his face. That will teach you to think you are in control!'

I had to leave you with something...I absolutely LOVED this book!!!! I even text my friends and told them I was thinking about becoming a call girl...don't judge me!