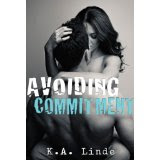 What can we say about Lexi and Jack? Jack has this weird hold over Lexi...his presence alone makes her weak and unable to think straight. Jack knows he has this control over her and he uses it to his advantage every time an opportunity strikes. We were so frustrated with how she was constantly letting him make her look like a damn fool. Every time he made a move on Lexi either he was in a relationship or she was in one. We swear he only wanted her when she was unavailable to him - hence "avoiding commitment." We found ourselves walking away from the book plenty of times - only to come back to it. But we were tired of the merry-go-round she was on with him.

Lexi makes a trip from New York to Atlanta (we love books that involve Atlanta) to meet Jack's new girlfriend, Bekah. Bekah is interested in knowing why Jack has commitment issues. Lexi is supposed to go there to finally have closure on this mess of a relationship. But of course Jack easily leads her down their dark path. He somehow convinces her that he needs time to sort things out so they can finally be together. We were screaming STUPID STUPID STUPID have you not learned anything???

Even with Bekah's brother, Ramsey, making a play for her - she cannot see past Jack. She has convinced herself that Jack is going to do right by her this time. But once again Jack finds a way to trust everything around to be her fault. She doesn't even recognize how bad their situation is until Bekah drops a little knowledge on her..."Why can't you get it through your head that Jack has never nor will he ever be yours? You are the mistress, the other woman, the second choice." 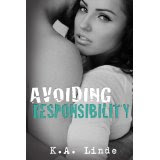 Some time has passed and relationship dynamics have changed. Lexi is trying to build a relationship with Ramsey (Bekah's brother). She is working hard to block out anything Jack related, but its hard with his pending nuptials to Bekah.

Lexi still has commitment issues but at least she is working to resolve them (in her own way). What is still occurring in this book is her constant weakness to Jack. Really Lexi...really...did you not hear Bekah say you were second choice? While we were cheering for Lexi and Ramsey  - we were also hoping that he would wise up and move on. It is very rare that you find yourself wishing the guy would find someone better, but Ramsey is almost too good for Lexi.

Seriously she had some nerve to get mad about things Ramsey had done in the past...when she was no angel. She had secrets in her past and her present day she was keeping for him in true Lexi fashion. What we did LOVE was the ending when all the secrets and the lies came out in the open at the wedding of all places. We LOVED it for 2 reason...(1) Lexi could no longer hide behind her own secrets and protect Jack and (2) Bekah (the witch) finally got exactly what she deserved!!!


BUT WAIT CHYNA'S STORY IS NEXT!!! And she has her own set of commitment issues and it is guaranteed to keep us entertained.
Book# 2.5 AVOIDING INTIMACY (Release 2013)