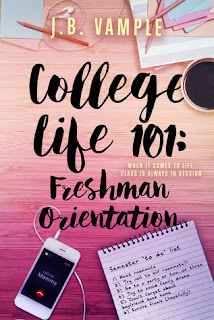 Honey these heffas is something special in this book! OMG they all need to be committed to an institution other than college. LOL! Chasity just mean as hell, but she is also my favorite character thus far. Malajia needs too much damn attention, and I absolutely hated her throughout most of the book. But as self centered as she was, somehow she grew on me and became a fave towards the end! Ugh the struggle! Alex had time to fix everyone, but herself. Sidra is the normal one, which confuses me a little, but hey we all need one normal friend in the bunch! And Emily just needs a backbone, a new wardrobe, and some guts to tell her mom to back off. Add to the mix their guy friends and this book is the total package.

This book takes you back to being in college and having to forge friendships with people who wouldn't necessarily be in your circle. Old friends became new friends again and solo people became a part of the circle. It was an amazing story of friendship and having each other back whether you want to or not. Now don't get me wrong it was a lot of bickering honey. I'm talking down right nasty feuding in this book. Secrets get revealed and secrets get half told. Lots and lots of drama! And straight up laugh out loud moments.

I'm dying to know if Chasity's mom and aunt's secret is revealed. And if her and Jason finally hook up! If Emily steps out of the shadows and finally becomes an adult. And I don't know why I keep thinking Malajia is going to hook up with the guy in the group we would least expect.