I was expecting more... 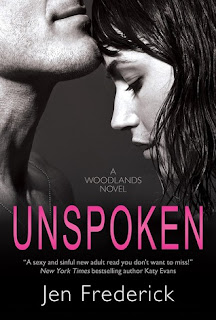 556 Book Chicks explains:
I really wanted to love this book...really wanted to, but I just only liked it. It was a good book but it was too much work to keep my attention. There are really good parts - funny, sexy, sad - I mean all the elements of a great book! But then there were parts that was like why is this even in the book. Too much information - unnecessary information. Did I mention that I really wanted to love this book? I am kind of disappointed that it was just okay!

First off I hated his name - Beauregard Randolph. Really? Yes you heard me - Beauregard. This is Beauregard, 'the poster child for every disaster that female singers warbled about. He'd break your heart and do it smiling. Worse, he'd make you think you were better off for having you heart broken because it was done in by him.' Now come on...if he can make you feel that way - his damn name should not be Beauregard. Ugh! Thank God he was referred to mostly as "Bo." But that was a shorter version of his real nickname. Wait for it...wait for it...wait for it ----> Bo Peep. "Guys from my platoon said its because the girls supposedly follow me around like sheep."

Bo is an ex-marine, trust fund, underground fighter (love my underground fighters), college student that either fights or has sex to relieve his frustration. Not mad about this at all. He meets AnnMarie, nicknamed AM (like the time of day)...let me just pause for a minute and say her nickname should have read A.M. in the book because just using AM, I wanted to read it like am, so I hated the way the nickname was put together not necessarily the nickname itself...if that makes any sense. Any who...AM has been deemed the college whore by one guy she turned down. And she has been in hiding ever since the rumors started. So now Bo wants her and she is scared to give in to him because she doesn't want to be just another girl to him.

I was mad at her for going into hiding just because of the rumors (damn you are in college). I was mad that she let the douche leave her degrading notes and she never thought to do anything about them. I was just damn mad... AM basically went into seclusion and took her friends with her. Now I have to say that Ellie is the best friend any girl can have! Because she gave up her life on campus to support AM, and that is what real friends do for each other! Oh I'm not dating a lacrosse player because the douche that started the rumors is on the lacrosse team...Hi5 to Ellie!

Like I said the book has great moments...like the sex with Bo! Whoopp Whooop! "I want to live down here," Bo said, stroking me lightly. "When you're running your own business, I'm going to come into your office every noon and eat you." Say what now? Now that was hilarious!

My favorite scene was when AM finally decides to stand up for herself, and Bo brings along his crew of friends to control the situation. It was like a pump fist moment...about time you stood up for yourself. "But I woke up and realized that I'm going to be here for another two years, and I deserve to have the same damn good time on campus as I've been having off of it. So I'm here to tell you that you're all full of shit."

I don't want to give all the story away, and I know it sounds like I loved the book. Please don't get it twisted there are some great moments in the book, but I just felt like it was either too much or something was missing to not make me love it. And just a FYI, you don't have to read the first book to understand this one. I didn't read the first one (because I didn't know this was part 2) until after I read this book!

*ARC was given by the publisher for a honest review*
Posted by Unknown at 7:52 PM