The Supremacy III - The Finale 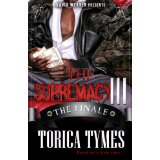 The Supremacy III - The Finale by Torica Tymes

Amazon Summary: While the love of his life lay in a hospital bed, Ivory's mind raced with the wind. Would the 30 day stint in the county be enough to convince him to alter his lifestyle? Or would the fortune and fame call his name too loudly for him not to answer?
As always, when money and greed is added into the equation; the question of loyalty is quickly raised and put to the test. Will Jolly Jr. and Ray gain Ivory's complete trust? Can Frost restore the relationship he once had with his first cousin? Who will stand firm when the pressure is on and who will be the demise of this reign of Supremacy?

Chit Chat with the Book Chicks:
OMG...I was already nervous about reading The Finale. I knew the series had to end but I was so anxious. I sat on the book for almost 2 weeks scared to read it. Finally I start reading and I could NOT put the book DOWN! I loved that Ivory was back in rare form and that he knew he had to deal with his cousin Frost. I hated that Frost was that grimy that he would try and take down the one person that gave him status in the game...but I guess that's how the game is played at times. One of my favorite parts was when Jit had Frost on hold while Dunn was talking to Ivory about the connect...and when Ivory told them the new price...they both looked at Keysha and was like "F%ck Frost." I was SCREAMING laughing because Frost so got what he deserved.

What made me want to fight? Was that Ratchet "so-called" best friend Mea. Now you see Ivory and Tweety trying to do their thing (finally) and you still trying to get at him - RATCHET! So now you dropping shade every chance you get. I was ready to fight her...but Ray and Tay called it when they said Ivory gets soft with some of his feelings. Because he let Mea slide TO TOO many times...just wait until you read it.
"Money breeds envy. Watch for the growth."

There are soooo many parts of this book that I love...but I don't want to spoil it for you!!!

I am in a love / hate relationship with the ending...I think the ending was perfect because it was not your typical hood story happily ever after ending...it was REAL! But I was mad because I couldn't read anymore and believe me when I say I wanted TO READ MORE!! I was still trying to turn the page. So I text 556 Book Chicks Monika - and let her know I was wanted more from this book and I was on my way to Columbus to find Torica. LOL!!!!!!!!!!!

If I could give this book more than 5 stars I would...GREAT ENDING to a FANTASTIC SERIES! Torica Bawss Tymes did his thing with The Supremacy III: The Finale! 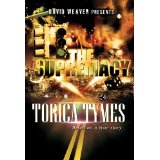 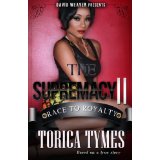