Written by a Genius 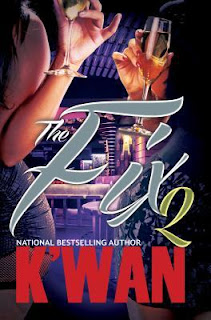 I started reading and I almost stopped so I could go back and read the first book again. Then I was like nah K'wan won't leave me hanging. This book answered a lot of lingering questions, but it created a lot of new ones too. But as I'm reading, I'm wondering how the hell is Chucky still alive??? He is like the stray cat that everyone has ran over in the neighborhood, but it just won't die. Chucky will surely outlive all these fools.

It was some stupid people in this book! Everybody street, but they too trusting of people. King Tut going on a mission without any information, just on the word of Omega. Omega lying and making moves, but quick to get scared. Lil Monk taking Charlie with him to do a job after he was told to go alone. Every woman Chucky come in contact with stupid for following behind a dope fiend. The only OG in this book is Big Monk. Cracked out or not, Big Monk is the only one who got some damn sense.

My favorite part...when Big Monk was talking to Omega about the safety of his son, and Omega didn't like the way he was talking to him and he thought he was gone question Monk. Monk showed him what it meant to make threats. Please understand when Monk put that gun to his face, Omega went silent.

You know you're a great writer...when you write a scene that literally makes your reader sick to their stomach. And just when I'm like dude I can't read no more of this...ewwww this is some sick mess...K'wan has the character say "enough." I looked down at the kindle, looked around the room...like K'wan play entirely too much. This dude is a F-ing genius!

What I'm curious about for book 3...is Big Monk gone have to body all these fools in Lil Monk honor? What role will Asia have (she came on the scene for a reason)? Vaughn Tate - friend or foe? Who is the real Richard? I have been dying to know more about this step-daddy and his connections. And the most important question, will Chucky be the last man standing???