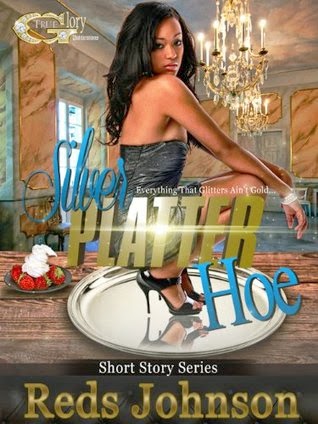 556 Book Chicks giving folks the side eye...
So I kept seeing this book on Amazon, but I wouldn't 1-click it. Then I saw readers talking about it in a group on Facebook, so of course I said ohhhhhh I gotta read this book. Normally they are on point with book recommendations, but Lawd knows I was not feeling this book.

It was like everything in the book happened all in one day, except it didn't. Things were moving so fast it was like everything was running together. There are two sisters - Trina and Desire - who don't get along. Desire thinks Trina may have killed their parents when they were younger. So it's sibling rivalry on level 10. They are both out for blood, but who will survive.

Sounds like a great story, huh? Well in my opinion it was like one unbelievable thing after the next. I don't know why but the story was just corny to me...ohhhh I hate to say that. I had all these say what now moments...

1. When Desire's boyfriend Terrell finds out he has a twin brother. His mother tells him she gave up his brother because he was evil. Say what now? How the hell you know a baby evil???

2. When Trina's friend hangs out with her even though Trina was sleeping with her father. And her mother and father were still together. Say what now?

The truth is the book just did nothing for me. It was too much at one time, and I understand that it is a series of short stories...but I think too much happened too soon (like a hamster running on it's wheel). And the damn title didn't go with the book...well Trina was a Hoe but Lawd I don't know...ugh! The writing wasn't up to standards (in my opinion) - the story was undeveloped, you could get lost quick, lots of mistakes throughout the book. And y'all know I hate to have a red pen out correcting an e-book! Ugh! Ugh! Ugh!

The book has pretty good reviews, so check it out for yourself. Don't take my word for it. And it was also her first book, so maybe I should read the 2nd one just to be fair. Sweet Baby Jesus take the wheel.