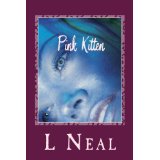 Amazon Summary: Hustler is her middle name. Sasha rips the streets while raising her two children on her tricks wealth. She has a heart-pounding decision to make that will impact her life forever, but is not ready to jump into the depths of hell. Being a money magnet day to day is her grind and she does it well until getting tangled in a life or death situation. After deceiving the ones she loves the most, her intuition and shapely figure leads to no escape.

Let's Talk About It with the 556 Book Chicks:
I'm sorry but when I started reading this book I was like...what is this book about?...why in the hell I am reading this?...who told us to read this again?...oh yeah Monika...remind me to slap her with the book once I'm done. Long story short the book is about a hustler that loves sex - because the hustle is only a small part of the book. Well I guess sexing men to believe in you can also be a hustle...so yes sex is Sasha's hustle.

Sasha has a few men on her list of prospects, but Ron is her top boo. He treats her like a queen and wants to make her wifey. But like the saying goes a woman don't want a good man (at least not in street-lit). Sasha is hard headed and determined to the play by her own rules. But when she finally decides to commit to Ron - the game changes and Sasha soon learns if you play with matches you will get burned. When Ron catches Sasha and Kenneth (her baby daddy) about to screw in her bedroom - we did not expect Ron to flip out like he did (and neither did Sasha). The whole time Kenneth was at the house we knew something was going to go down - but we were hoping she would be smarter and tell him to go to hell. But the little nympho couldn't help herself and she put his life and hers in jeopardy! We won't ruin it with what happened...because this is the most exciting part of the book.

I think we all agree that we would read Part 2 of the Pink Kitten.